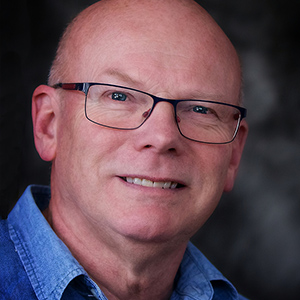 If you have visited Ron’s office you might notice one small picture in the background; a small stone building on a barren hillside that looks down on the nearby waters of the North Atlantic. This place is the Shetland Islands off of the North Coast of Scotland, where he was born (rumour has it he has swum alongside the Loch Ness Monster…Nessie, he calls her).

Ron was the youngest in the family; his dad was a pastor in Scotland, England and Canada. Ron was saved at a young age, and blessed to be a part of a wonderful Christian home in which his dad lived out privately what he preached publicly.

He and his beautiful wife Brenda have been blessed with five children and twelve grandchildren (yes, you read that right).

Over the years, Ron and Brenda have been united in their desire to serve the Lord through several local churches, both here in Ontario and in Nova Scotia. Their hearts have always leaned towards missions which has given them many opportunities around the world, as well as here in Orillia. Because of their heart for missions, they were one of the first families to sign up for the opportunity to be involved with planting Redeemer in the South Ward. They count it a real privilege to have been at Redeemer from the very start.

Ron’s desire is to finish well in his walk as a follower of Jesus Christ, and to help others to do the same.